I recently sampled the new vegan menu at The Hacienda on Henderson and I would like to report that the sopapillas changed my life. Typically served with honey, sopapillas are fried pastries topped with cinnamon and sugar. Naturally, the vegan version is served with agave nectar instead.

I am quite tempted to dedicate this post solely to the glory of those heavenly pastries. However, I will try my best to contain myself and at least briefly describe the other dishes I tried at the menu’s launch party this past weekend.

A few Vegan Club members and I went to try the new vegan items, and I have no regrets in saying that we ordered dessert first.

We asked the waitress, Ashley, if she could bring the sopapillas out before the main dishes, and she graciously agreed.

The sopapillas were sweet, buttery bliss, dusted with cinnamon sugar.  A drizzle of agave nectar completed the perfection.

I don’t think I had ever had sopapillas before. Or perhaps I did, but the taste of these erased any past experiences from my mind.

After we finished dessert (two plates, no less), we moved onto the main menu items, which included enchiladas, quesadillas and a variety of vegan tacos.

For most of the dishes, soyrizo could be added for $2. Each taco dish was served with rice and beans: pinto, black or charro. Ashley confirmed that none of the beans contained lard.

Before we even ordered our entrees, I already knew the sopapillas would be my favorite part of the meal.
However, the potato and soyrizo tacos came in at a close second, followed by the veggie enchiladas. To read about the entrees we tried, check out the slideshow below.

All the food was great. The only thing I was not crazy about was the rice, because it was just white rice, and it was packed much too tightly for my taste. I would love to see Spanish rice or a whole grain option in the future.

Complimentary salsa at The Hacienda.

In any case, I will definitely be returning for sopapillas in the future, and I want to try the quesadillas as well. The service was wonderful–Ashley was helpful and friendly in answering all our questions. We had a lovely spot on the patio, which also happens to be dog-friendly if you want to take your canine friends with you.

The Hacienda on Henderson

If you are curious about the rest of the vegan menu items (for a total of twelve plant-based dishes), The Hacienda has posted the menu to their facebook!

While you are on their page, please feel free to remind them how awesome they are for coming up with this awesome vegan menu with the help of my friends at Texas Mercy for Animals and Dallas Vegan (12/4/12 correction: the menu was actually formed with the help of Hallie Kaplan, marketing manager and Claire Amiel–thanks for the clarification about this group effort, Laura!)

What dishes did you like the best, or which ones are you most excited about trying? Please let me know in the comments below!

Let me know what you think! Cancel reply

what readers are crushing on 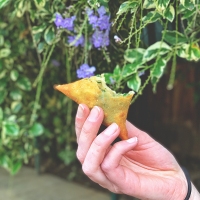 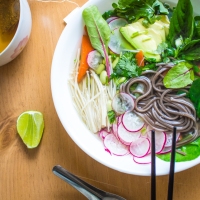 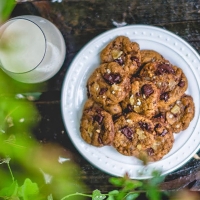